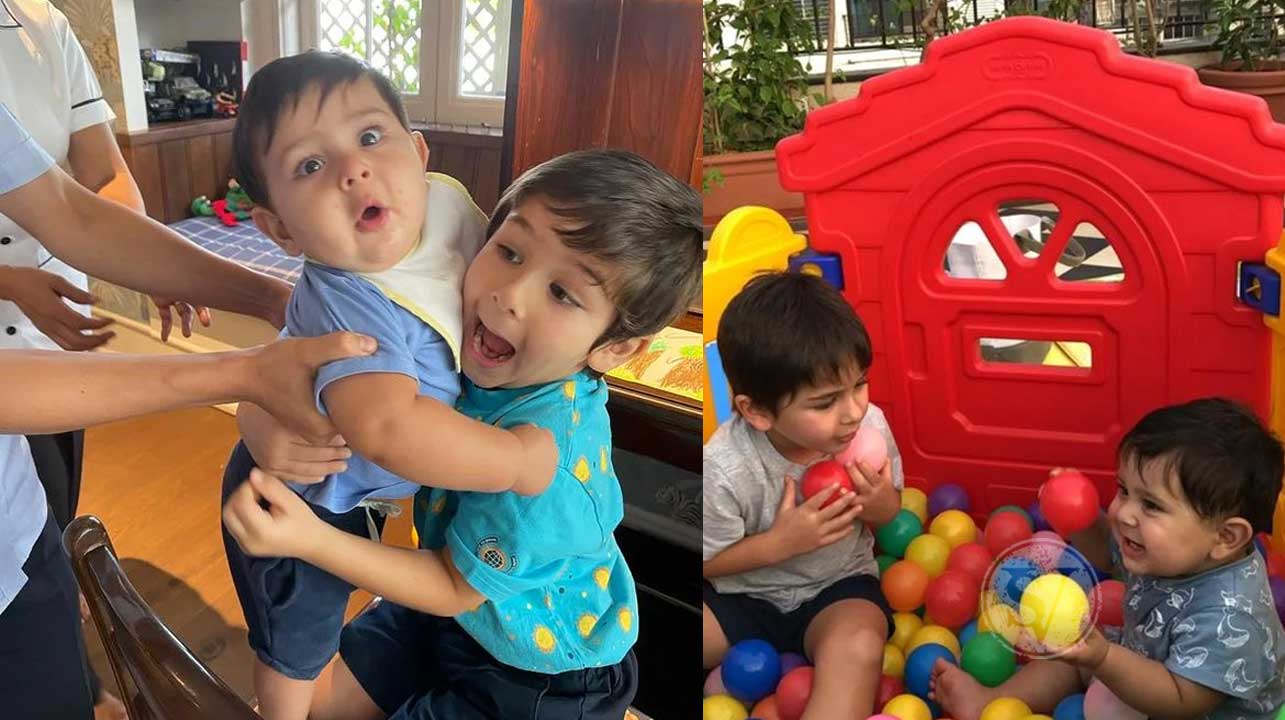 Taimur is the elder son of Kareena Kapoor Khan and Saif Ali Khan. Recently Saba shared Jeh’s sweet moments with his brother and cousin Innaya.She shared the picture of the little ones on her Instagram handle. All the three kids, Jeh, Taimur and Inaaya were seen in the pictures. Baby Jeh, Inaaya, and Tim look cute in the pictures

Both are seen in the pictures playing with the balls. Taimur was wearing black shorts and a gray t-shirt. On the other hand, Jeh was wearing a light blue -T-shirt. They seem to be enjoying playing with each other. Their smile grabs all the attention. There is another picture where it looks the little one is trying to hit his brother? Whatever it is the kids reflect cuteness in the picture. The picture below shows both kids playing with balls. While Taimur is in a playful mood, Jeh is smiling.

Earlier Saba Ali Khan shared the picture of both the brothers. Taimur reaction is worth watching as he tries to hold on to his brother. Jeh looks cute with his chubby cheeks as his Nanny gives support.

Inaaya is actor Kunal Kemmu and Soha Ali Khan daughter. Soha Ali is Saif’s younger sister. Saba shared the post with the caption, ” Sibling.. Still! Cousin sister can be protective too!. “. Inaaya is trying to be protective of Jeh as she hugs Jeh. Jeh looks adorable in the picture.

Saif’s youngest sister Saba shared this delightful pictures of Jeh with brother Taimur and captioned it, ” Munchkin’s I got you little brother #timtim to #jehjaan. Fact. Brothers” It seems like they are playing with each other. Timtim trying to grab Jeh Ali Khan. Aww! While Taimur eyes were closed in the picture, little Jeh seems to be up to some mischief. 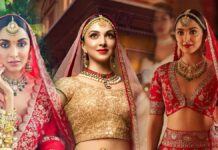 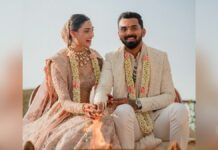 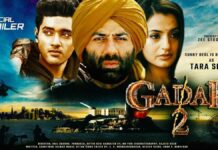 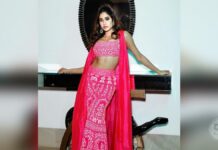 To catch our latest discussions and debates on social platforms, follow us on -

It was a festive occasion for the Ambanis as...

Some of the exciting Smartphones are on offer at...

News of Sidharth and Kiara's Wedding is circulating in...

Across The Spider Verse Cast, Trailer and Release Date

Spider-Man is one of the three most popular superhero...

Bollywood heartthrobs Sidharth Malhotra and Kiara Advani are to...